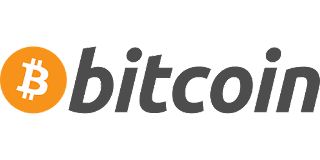 Bitcoin is not a penny stock


Even high-risk investments like penny stocks have some intrinsic value. Stocks are valuable because they grant the owner the right to a share of company profits (either through dividends or liquidation). Bonds (and CDs and other similar financial instruments) pay interest. Real estate can be used for commerce or to provide shelter.

With no intrinsic value, bitcoin can't reasonably be considered a penny stock.

Bitcoin is not a lottery ticket


When people buy a lottery ticket, they know what they are getting into. They may be overly optimistic about their individual chances of winning, but they have a reasonable understanding of the mechanics (e.g., risks and payouts) that govern the outcome. Bitcoin's risks are unclear. This, coupled with the lack of intrinsic value leaves everyone in the dark about bitcoin's potential payoffs.

With so much uncertainty about bitcoin's potential payoffs, bitcoin can't reasonably be considered a lottery ticket.

Is Bitcoin a scam?


Let's be clear--bitcoin isn't your run-of-the-mill Ponzi or pyramid scheme. However, some of the discussion I've seen from bitcoin investors reminds me of the story involving one of my college roommates:


Doug (not his real name) was invited to participate in an amazing program called 12 Daily Pro that offered 12 percent daily returns! Doug came home and we talked about how absurd that sounded. We decided Doug should send an email to the person who had given him the flyer asking for more details. The response we got was amazing: this person candidly told us that 12 Daily Pro was essentially a Ponzi scheme, but that it was in its early stages and there was a good chance Doug could get paid before it collapsed. Hopefully it goes without saying that neither of us decided to jump on the 12 Daily Pro bandwagon...

Those who invest in bitcoin while knowing that it has no intrinsic value (or while believing the market to be in a bubble) remind me of the person who tried to recruit Doug. Both parties hope to profit at the expense of the ignorant or unlucky (those who invest too late in the case of 12 Daily Pro and those who sell too late in the case of bitcoin).

I don't believe bitcoin itself is a scam. However, the way in which individuals are most likely to profit from bitcoin has many of the hallmarks of a scam.

What about the other cryptocurrencies?


I believe my reasoning is equally applicable to the many other cryptocurrencies out there. As a result, I can't see a compelling argument for investing in any cryptocurrency (even though I think the underlying technology has a lot of potential).