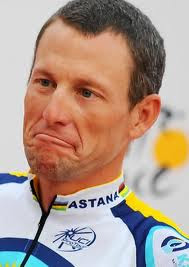 Various news outlets from the Wall Street Journal to VeloNation are stating that a three-person independent review board has ruled unanimously to move forward with USADA's doping case against Lance Armstrong. In essence, the review board served as a quasi Grand Jury that determines if USADA has enough evidence to pursue sanctions against Lance and the others.

Previously, USADA stated that the arbitration hearing (assuming those involved don't accept the sanctions -- wink, wink) will take place before November of this year. Presumably, now that the case is moving forward, Lance and the others (including Johan Bruyneel and Michele Ferrari, Pedro Celaya, Luis Garcia del Moral and Jose Pepe Marti) will learn more about the evidence USADA has and maybe we will also learn more as well. So far we know that at least ten former team members will testify that they have firsthand knowledge that Lance doped or tried to get others to dope. They have also stated that they have blood results from 2009 and 2010 that show evidence of doping.

As might be expected, Lance and his attorneys are attacking USADA and the review board. Lance has discovered embarrassing personal information about one member of the review board as this quote from VeloNation suggests:

Going After the Deep Pockets in the Madoff Case

If you are looking for a break from today's coverage of the Supreme Court's ruling on ObamaCare, the NYTimes has an interesting article on the legal doctrine that is making it hard for Irving Picard to recover money from the banks that helped enable Madoff's historic Ponzi scheme.
Posted by Aaron at 7:57 PM No comments:

We've written before about Ezra Merkin's hedge funds that fed Madoff billions of investor dollars. Merkin collected his fee and then apparently went to the beach to rest from his hard work. Occasionally he took a break from the beach and the golf course to write to his investors and tell them how he actively managed the funds.

Merkin has now settled part of the lawsuits against him for claiming to actively manage his funds and then giving Madoff the money. Here are some details from the NY Times...

I read on a regular basis, sometimes from comments left on this blog, that the government shouldn't be harassing Lance Armstrong, Roger Clemens, Barry Bonds or other pro athletes for using performance enhancing drugs or for lying to Congress. Others have said that the investigations are modern-day witch hunts. This editorial from the Rockland County Times expresses a well-reasoned response to that opinion.
Posted by MZ at 10:43 PM 1 comment:

Lance Armstrong Investigation: Is it Affecting the Olympic Team?


The rumor mill is speculating that four US cyclists who would normally be considered for the US Olympic cycling team this summer are not going to race because of some involvement in the Lance Armstrong investigation. This rumor comes from the following statement published by USA Cycling: 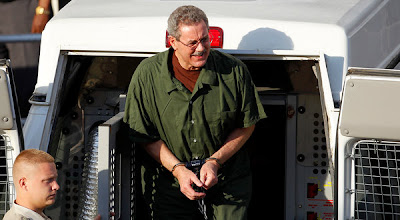 Well, the US Justice Department comes through on Ponzi schemer, Allen Stanford and sentenced him to 110 years for running his $7 billion Ponzi scheme.

Unless you follow fraud like I do, you probably have never heard of Stanford. That is one bizarre effect of the Bernie Madoff fraud. If Madoff hadn't come to light about two months before the Stanford fraud came to light, everyone would know Sir Allen since his Ponzi scheme would have been known as the largest in history, by far. If you want to learn more about Sir Allen, including why I refer to him as "Sir" you can read the posts linked here.

Now, I just hope the Justice Department decides to prosecute some of the fraudsters who caused the mortgage meltdown and put the world economy in a the great recession...

I found a copy of USADA's letter to Lance and friends online. From what I've read, some of USADA's evidence came to light from their participation in the grand jury investigation of fraud charges as the Grand Jury heard from the likes of Lance's closest associates including George Hincapie and others. The full letter is included below, along with some key points that I got from it:
Read more »
Posted by MZ at 12:48 PM No comments:

Lance Armstrong Investigation: It's Not Over Yet...

What happens when you mix Pharma with Politics?

Apparently, the result is shady dealing and crony capitalism at its finest. When favors are made to a vendor or customer in business we call it corruption. In this case, internal emails from sources outside of Washington are providing evidence that deals were cut behind closed doors that will cost taxpayers as companies like Pfizer and Merck get profit protection in return for campaigning for Obamacare. This is according to several sources that are covering the findings of an investigation by the House Energy and Commerce committee of negotiations between the drug companies and the White House.

Here are some links to news sources if you want more details:

More on Fraud and the US Department of Justice

In several recent posts, I've been critical of the US Department of Justice's extremely poor record of prosecuting Wall Street executives who were a big cause of our current economic crisis. The executives of numerous large financial institutions took home hundreds of millions in compensation while pushing their firms to commit illegal business practices. It's obvious that basic mortgage fraud was rampant in many organizations and yet virtually no one has gone to jail yet.


Amazing, isn’t it? George W. Bush has turned out to be tougher on corporate crooks than Barack Obama.

Wow--from the NY Times no less! Can Eric Holder and President Obama fall any further than that?!