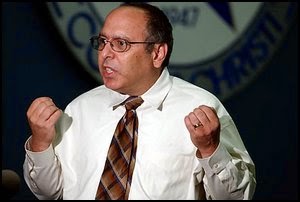 Sam Antar writes about society's vulnerability to fraud. Here are a few points that stood out to me.

On stiff punishments serving as a deterrent to fraud:

Sam implies that the expected punishment for fraudsters is no punishment. This suggests a need for stronger prevention and detection mechanisms. How about auditors?

In discussions I've had with auditors, I get the sense that most would like to do more to focus on fraud, but they feel like such a focus would be too expensive and would essentially price them out of the market. While I'm not completely satisfied with that explanation (e.g., firms could, at low cost, use computerized forensic tools to search for red flags), it suggests a need for either regulatory changes that require auditors to focus more on fraud or increased demand by investors for audits that specifically focus more on fraud. The latter is unlikely to occur as long as most investors continue to believe that audits are focused primarily on fraud.

In fairness to auditors, Sam's point about deficiencies identified via PCAOB inspections omits the fact that the PCAOB does not inspect audits randomly, but instead focuses primarily on the audits it believes have the highest risk of deficiencies. This means that even though 49% of E&Y's inspected audits had deficiencies, we would expect the actual rate at which deficiencies occur to be substantially lower. Even that lower overall deficiency rate may not be that informative about how effectively auditors conduct their audits. Still, that's primarily a distraction from Sam's main point, which is that audits primarily focus on unintentional errors rather than focusing on fraud.

If audits aren't particularly effective in preventing/detecting fraud, what about government agencies?

While it would be nice to have some estimates of the economic cost of white-collar vs. blue-collar crime, Sam's point still serves as a good illustration of the relative lack of funding oriented toward white-collar crime. Right now, the government seems to have outsourced most of the prevention and detection work to the private sector (e.g., auditors). Until standards or market forces change so that those parties increase their focus on fraud, we appear to be living in a fraudster's paradise.
Posted by Aaron at 9:24 PM 2 comments: