Lance Armstrong Investigation: Can A Tiger Change Its Stripes? 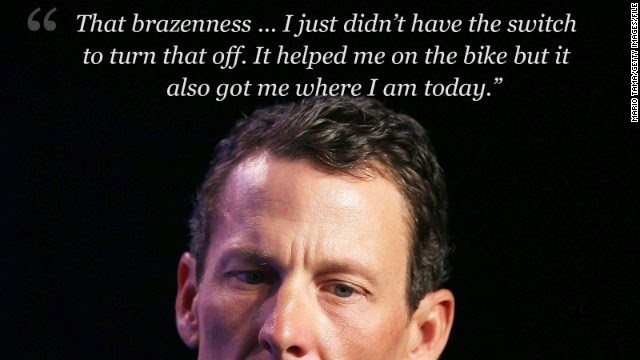 It has been about a year and a half since Lance Armstrong publicly admitted to doping.  In this article, Armstrong tells his side of the story and in the second installment, victims of Armstrong's lies tell their stories.

In the article, Armstrong tells about the slippery slope that he found himself on.  All of the fraud and issues that have come to light were spawned from one lie: the refusal to tell the truth about doping.  Regarding his adamant denials of ever doping, Armstrong reportedly said:

"If this stuff hadn't taken place with the federal investigation, I'd probably still be saying 'no' with the same conviction and tone as before. But that gig is up."