This one is hot off the press on the Lance Armstrong investigation. The ONN is reporting that Lance held a press conference today and said: "that it would probably be best if everyone sat down for this."  According to ONN, Armstrong began the press conference by saying:

"Look, I'm not going to sugarcoat this. It's bad," Armstrong said during the nationally televised press conference. "But you have to swear to God that you won't get mad when I tell you, because if you get upset and yell about how you're really disappointed I'm just going to walk out of here."

Since the article is fairly short and hard to summarize, I am including the remainder verbatim from OSN:

My experience with Asea

After my first post on Asea (see this link), my friend asked me to try four bottles with a money-back guarantee if I didn't see significant gains in my cycling performance. She asked me to try all four bottles and keep track of my wattage and performance to see if it made any difference. I could then decide if I saw any improvement and pay her cost of $30 per bottle if I did.

The news on the Lance Armstrong fraud investigation has been non-existent lately. However, some news came out today that Lance has hired a big gun to help him with public relations and legal defense. His new special counsel and media expert is Mark Fabiani. Apparently, Fabiani worked for Bill Clinton during the Whitewater investigation and more recently helped Goldman Sachs keep their image intact while they were being investigated for fraud by the SEC. This guy must be pricey! I take it Lance is nervous about this investigation.

Also, the same article said that George Hincapie also hired a big NY law firm. This news broke about the same time that George crashed out of the Tour of Utah and needed 18 stitches. It seems to me that Lance and George have had more accidents since Floyd Landis alleged they cheated for years. Sorry to hear about it George.

As for improving Lance's image, Fabiani got right to work and continued the same old story: Floyd has no credibility (see this link for more on that) and investigating athletes for doping is a waste of taxpayer money. Nothing new here. I hope Lance gets his money's worth from this guy.

As for a waste of money, I personally think paying a media expert to make you look better is money that could have been better used. Image is everything to fraudsters. Con men build confidence in themselves. Smooth talkers with little or no character...

In the end, I doubt the government will get a verdict against Lance and I doubt Fabiani will keep the majority of the public from believing Lance is a fraud. It reminds me of the OJ Simpson case. He was never convicted criminally for murder but if you think he's innocent then I'm sure there is a nice Ponzi scheme waiting to get your money.

Today's WSJ is reporting that the 'net winners' in the Madoff scam (i.e. those who withdrew more than they invested) are suing in an effort to collect more money. I find this amazing. First, these people got assets from the net losers already and now they want more. To get more, they will need to take it from someone else: either more from the net losers or from taxpayers. I personally hope they are required to give back through clawbacks any excess that they got above their investment so the losers have more to make them whole. If so, this group would break even which is better than all the others who are net losers. Maybe everyone should end up getting an equal percentage so everyone is an equal net loser. Then, in addition they could recover up to $500k from the government. That sounds fair to me...

In any case, the real losers are taxpayers. They didn't put in anything and have to give up some of their money.
Posted by MZ at 10:04 AM No comments: 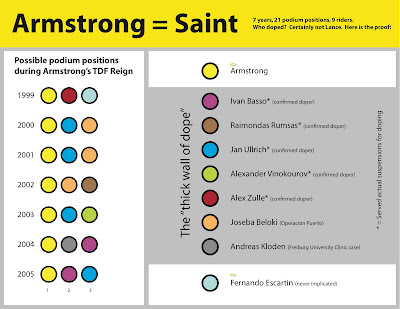 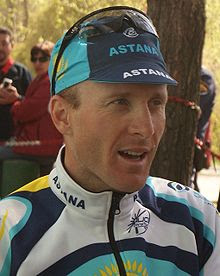 When Floyd Landis accused Lance Armstrong and his US Postal team of widespread doping, he also named other Americans as cheaters including Levi Leipheimer. Apparently, Floyd Landis isn't the only one claiming that Levi Leipheimer also doped. Now Leipheimer's former team manager is saying that Leipheimer was doping after he was on the US Postal team with Lance Armstrong. Here are some key quotes from an article on CyclingNews: 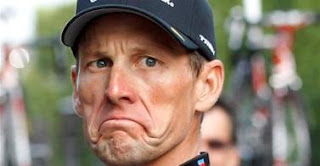