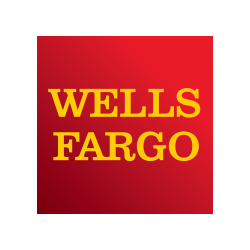 Wells Fargo, one of the largest banks in America, was fined $185 million for the company’s fraudulent selling practices. A Wall Street Journal article1 reports, “Federal regulators announced that Wells Fargo opened as many as two million deposit and credit-card accounts without customers’ knowledge.” Many former employees of the bank attribute the widespread fraud to the incentive structure and the pressure received from managers to reach the company’s ambitious sales targets.

Wells Fargo has been envied by its competitors for its high return on equity, with greater relative profits than other leading financial institutions such as J.P. Morgan. This success is a result of the focus on cross-selling more products (i.e. different financial services) per customer, a strategy it has faithfully followed since 1999.

However, some managers’ fierce dedication to this strategy led many lower level employees to create dummy accounts. Sales progress was closely monitored, requiring updated reports several times a day. Not meeting your targets was not something to be taken lightly, as many lower and mid-level managers lost their jobs due to their inability to consistently achieve their goals.

The account representatives and account managers also felt immense personal pressure to achieve sales goals due to the monetary incentives attached to their targets. With low base salaries those bonuses became very significant and highly desirable. A Harvard Business Review article3 explains how this type of incentive structure entices employees to make minor ethical compromises which then escalate and spread from there. The article reads:

Wells Fargo’s CEO, John Stumpf, accepted full responsibility in his congressional hearing last week.2 Over the past five years the bank has fired 5,300 employees for their involvement in fraudulent practices and has hired consultants from PriceWaterhouseCoopers and Accenture as well as several law firms to investigate the situation. However, it seems as though all that effort was too little, too late.

Mr. Stumpf has received a lot of heat for this scandal, including requests for his resignation and calls for top executive’s compensation to be paid back to those negatively affected. Some have even questioned his competency as the CEO of such a large bank. The WSJ article1 previously mentioned goes on to state, “In the 2010 annual report, Mr. Stumpf said he often was asked why Wells Fargo had set a cross-selling goal of eight retail banking products per customer. “The answer is, it rhymed with ‘great,’ he wrote. ‘Perhaps our new cheer should be: ‘Let’s go again, for ten!’”

The bank said it will “scrap all product-based sales goals in its retail branches starting January 1.”1  It is unclear why they are waiting until next year to implement this change aimed to alleviate the pressure experienced by employees that led them to these illegal practices.  Hopefully this scandal will help other companies see more clearly that extreme commitments to aggressive goals can potentially lead to fraud.
1.     http://www.wsj.com/articles/how-wells-fargos-high-pressure-sales-culture-spiraled-out-of-control-1474053044
2.   http://www.wsj.com/articles/wells-fargo-ceo-stumpf-i-accept-full-responsibility-for-unethical-sales-practices-1474326173
3.   https://hbr.org/2016/09/wells-fargo-and-the-slippery-slope-of-sales-incentives
Posted by Unknown at 12:22 PM 1 comment: