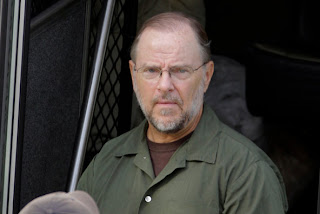 Various news agencies reported last week that a federal judge reduced Jeff Skilling's prison sentence by about ten years. If Skilling is found to be on good behavior and take a drug and alcohol rehabilitation course, he could be out of prison within four years. Part of the agreement is for Skilling to quit trying to get his conviction overturned. This new ruling also frees up some money from Skilling's estate that will be used to compensate victims of the fraud, including former Enron employees who lost their retirement when the company went bankrupt. Diana Peters is one of many former Enron employees who was at the latest trial and is quoted as follows:


"I pray that your decision is to give Jeff Skilling the maximum sentence for his crimes."

Fraud always ends in a sad story as innocent victims deal with the aftermath by experiencing serious devastation, suffering and heartache. My heart goes out to these former Enron employees who had nothing to do with the crazy games Skilling, Fastow, Lay and others were playing...
Posted by MZ at 3:36 PM No comments:

Whistleblowing is Paying Off

The WSJ reported this week that the SEC has handed out it's second ever Dodd-Frank award for whistleblowing. the article says that the SEC expects more awards in the future. Here's a quote...

The Wall Street Journal reported recently that city governments in Pennsylvania, Florida, California, New Jersey and Illinois are increasingly being charged with financial statement fraud in their bond offerings. In the case of Harrisburg, Pennsylvania, the SEC stated that:


...this is the first time the (SEC) has "charged a municipality for misleading statements made outside of its securities disclosure documents."

According to "Anthony Figliola, a vice president at Empire Government Strategies, a Long Island-based consulting firm to local governments. 'Harrisburg is the tip of the iceberg.'"
Posted by MZ at 3:33 PM No comments:

This short video discusses some aspects of the fraud in pro cycling that was perpetuated by Lance Armstrong. Betsy Andreu and Bill Bock (USADA General Counsel) spoke at UT Austin recently and this video was produced. They speak of omertà, truth, and how one person with moral courage can make a difference. Check it out, it's worth the four minutes...