More from the dopers from the Papp investigation

Last week I blogged about two individuals who were caught purchasing performance enhancing drugs after officials apparently obtained leads from Joe Papp's records. As in the past, the reaction we typically hear is some story about why they are innocent. We've heard it from numerous top American pro cyclists including Tyler Hamilton, Floyd Landis and even Lance Armstrong with the 2005 tests of his 1999 specimens showing EPO in his urine. More recently, Alberto Contador is claiming innocence too.

Now, since these guys were not caught with drug tests they can't use some conspiracy theory about the French labs having some reason to frame them or some Spanish farmer who put the drugs in their beef. Neither can they claim they took a supplement that had the drug and they weren't aware of it. Instead, they need a new story. Here it is:

Floyd Landis broke months of near silence to accuse Lance Armstrong and his team of systematic doping in the 2004 tour. An article in VeloNation quotes Floyd in explaining how the team bus arranged for blood doping through transfusions that Landis described as "part of the job." The article said that Landis "spoke about a specific incident when he alleges a transfusion involving several riders was carried out on the morning of the first Alpine stage in the 2004 Tour de France." Here are some of the better quotes:

So I've been waiting for some news from the Joe Papp investigation and yesterday we heard about two riders who were sanctioned for EPO use: domestic pro, Charles "Chuck" Coyle, and masters rider, Neal Schubel. As for Coyle, he not only used EPO but he also purchased insulin growth factor, whatever that is. Coyle raced for several pro teams. A VeloNation article discussing Coyle said that his team's website listed some of his career highlights as:

The World Anti-Doping Agency has reportedly rejected Alberto Contador's claim that contaminated beef resulted in his failed drug test.  Via the Washington Post:

El Pais says WADA went to the meathouse in Irun, Spain, that provided the meat that Contador contends led to the positive finding for clenbuterol.

The paper says WADA's own tests showed no signs of the banned drug in the meat.


The paper quotes a leaked WADA report as saying Contador's intake of clenbuterol "could not have come from possibly contaminated meat." It also ruled out asthma medication as a cause.

Jeff Novitzky's investigation of Lance Armstrong and doping in cycling has apparently moved to Europe to gather evidence. The NY Times and other news outlets are reporting that investigators are in France to collect evidence from the anti doping officials there. One interesting question will be whether a civil or criminal suit will allow evidence such as Armstrong's 1999 urine samples that were tested for EPO in 2005 to be admitted as evidence against Armstrong. While the samples were disregarded for purposes of sanctioning him because of a technicality in anti-doping rules, experts in anti-doping have said that this evidence shows there is no doubt that Armstrong doped (see this post for more information). If Novitzky proceeds first with a civil suit on behalf of the U.S. Government, then this 1999 evidence could help tip the scales such that a jury will conclude that a preponderance of evidence exists against Armstrong.

Another interesting question is whether Novitzky's investigation is gathering any samples from the European labs to have analyzed again. Today there are new tests that weren't available during the time period when Lance was racing for U.S. Postal so if Novitzky's team can get some of the specimens that Lance left behind and test them using new technology, it's possible that we could see evidence of blood doping, EPO or other doping agents that scientists can now detect.

Also, it will be interesting to see if the raid this week on Lance's former teammate, Yaroslav Popovych's Italian home, leads to evidence against Lance. ESPN reported that the police confiscated computers, phones and substances from Popo's home. If Popovych was purchasing drugs for the team or kept other records that could lead to doping, the investigators will probably find them and this could open up new sources of information to use against Lance. Right now we don't even know if the Popovych raid was associated with Novitzky's investigation but my guess is that it has something to do with it...
Posted by MZ at 6:46 AM No comments:

It was reported today that the UCI turned Contador's case over to the Spanish federation to determine what, if any, penalty the Spaniard should face. Time will tell what this means for Contador. I doubt he will get the maximum two-year suspension so if he gets one year they will back date it to July and he could be racing next August. Some people are speculating that if the Spanish federation is too easy on Alberto then WADA could get involved.

Does anyone of you know what the potential outcomes of this case are? Could the Spanish federation decide Alberto ate a bad steak and tell him to be more careful where he buys his steak next time? Maybe give him a six month ban starting last July?
Posted by MZ at 10:58 PM 1 comment:

Jeffrey Novitzky's investigation into Lance Armstrong's alleged doping while racing for U.S. Postal is getting some praise from around the globe. A recent article said the following:

The LA Times is reporting that two anonymous sources have told them that "Yaroslav Popovych, a teammate of Lance Armstrong on the Discovery Channel, Astana and RadioShack squads, will appear Wednesday before a grand jury in Los Angeles." This is the first news I've heard about the investigation for some time.

Meanwhile, the NY Times is reporting that Floyd Landis and his former coach, Arnie Baker, are being tried in France for computer hacking. According to the article:

Whistleblowing is considered the most effective method of detecting large corporate frauds. For example, Cynthia Cooper and Sharon Watkins are famous whistleblowers who spilled the beans on the frauds at WorldCom and Enron, respectively. Unfortunately, the corporate world, and society in general, hasn't always treated whistleblowers as heroes. In fact, many whistleblowers are blamed for the negative effects of fraud (such as job layoffs) when fraud comes to light. For example, Cynthia Cooper experienced this and speaks about being shunned by the people in her town after she brought WorldCom's massive fraud to light. Basically, society seems to perpetuate the Kindergarten stigma of being a "tattle tale" and, as a result, they shoot the messenger when it comes to reporting fraud.

Since Enron and WorldCom, many government regulations have been established to provide incentives to whistleblowers. The Sarbanes-Oxley Act requires internal whistleblowing programs at publicly traded companies while the False Claims Act and, more recently, the Dodd-Frank Bill provide incentives for whistleblowers to tell government officials about fraud. The False Claims Act applies to acts that defraud the Federal Government while the Dodd-Frank Bill applies to any public company who commits fraud and involves basically any fraud that is regulated by the federal government. As we've discussed before, the government incentives can lead to millions in rewards to an individual who blows the whistle if the government collects more than $1 million from the company.

The WSJ has an interesting article that talks more about the tension these regulations have led to. Basically, SOX has led public companies to have internal whistleblowing systems while Dodd-Frank leads whistleblowers to go outside the company to blow the whistle. Unfortunately, I'm not sure there are any easy answers since it seems both programs are important. The internal program is needed for smaller amounts (frauds that lead to less than $1 million in fines to the Federal Government don't apply to the Dodd-Frank Act) while it seems that whistleblowers of large frauds may not be treated fairly at a corporate level, especially if top management is involved.

Doper Di Luca Shunned by the Tour of Italy 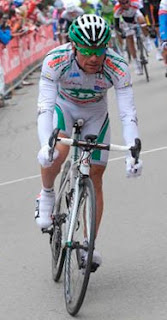 I wish more teams would pass this message on to doper cyclists. This promoter believes Di Luca is bad for his event because he is a fraud. The UCI needs to figure out that dopers are ruining pro cycling and do something serious about it. For example, they could start imposing the 4-year bans that they are authorized to impose. I would use these bans for marginal violations (when some ever so slight potential for doubt exists, as in the Contador case) and change the rules so if you're caught even one time in an obvious and indisputable case of doping you are banned for life. Di Luca should be out of cycling forever, in my opinion.

Some serious penalties just might clean things up! Until changes like this, I expect the UCI to slap Contador's hand and doping to be in the news for a long time...
Posted by MZ at 9:46 AM 1 comment: 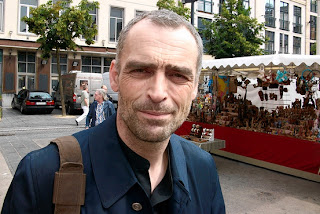