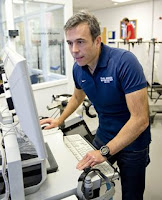 There are several articles on Fraudbytes discussing doping in professional sports, but is there a way to stop doping? A recent article on road.cc discusses research that claims it could have caught Lance Armstrong. The current methods for detecting drugs in an athlete’s system are extremely sophisticated (i.e., if there was a drop of drugs in an Olympic sized pool, they would detect that drop). However, they are only able to detect the drug if it was used in the last 48 hours. According to Yannis Pitsiladis, a professor of sport and exercise science with a particular interest in genetics, his new method can detect if the athlete has doped in the past several months and, potentially, even years.


Dr. Pitsiladis looks at the fluctuations of RNA in athletes and says that when an athlete dopes it leaves a footprint that is detectible for months or even years. The biggest concern is that other natural causes, such as travelling to higher elevations, might also produce a similar RNA pattern as doping does. In order to fully disentangle this, additional research needs to be done so that the drug test can become more accurate. In discussing the challenges of perfecting the research, Dr. Pitsiladis said, “It is very frustrating because the technology is there, the science is there but the research needs to be done and that costs money.” He calls for more funding for his research and more cooperation between scientists who are researching similar things. If Dr. Pitsiladis’s new method is tested and proven effective, then, as he says himself, “We can eradicate doping and change sport forever.”

See this article in The New York Times from 2014 which also discussed Dr. Pitsiladis’ research.
Posted by Ryan Sommerfeldt at 8:59 AM