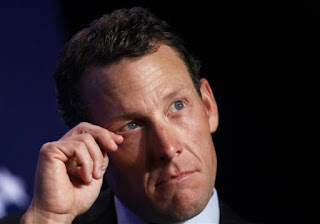 While it has been several months since we posted about the Lance Armstrong investigation (see this link for previous posts), the case against Armstrong continues to grow. A recent article in the Daily Camera discusses what is known as “The Hospital Room Incident.” This article discusses why the U.S. Government subpoenaed his medical records from the Indiana University School of Medicine. Allegations are that Armstrong paid off his doctor to remain silent through a donation to his medical school.


Both Frankie and Betsy Andreu, two of the original whistleblowers, testified that they heard Armstrong tell a doctor at the Indiana University School of Medicine that he was using performance-enhancing drugs (PEDs). Two days after the Andreus released their statement, Armstrong’s charitable organization, now known as Livestrong (see these previous posts about Livestrong), donated $1.5 million to the Indiana University School of Medicine. Six weeks after the donation, Dr. Craig Nichols, one of Armstrong’s doctors while Armstrong was recovering from cancer, stated in an affidavit that Armstrong’s medical record did not contain “any evidence, from [Dr. Nichols] or any other doctor that indicates Lance Armstrong admitted, suggested or indicated that he has ever taken performance-enhancing drugs.” In addition, Dr. Nichols said that he monitored Armstrong’s blood levels from 1997 to 2001 and found “nothing irregular.” Armstrong subsequently admitted to using PEDs during that time period and stands by his original statement that the $1.5 million donation was “in recognition of Dr. [Lawrence] Einhorn’s treatment of (him).”

It is interesting to note that Dr. Nichols is an expert in using EPO (one type of PED) to treat cancer patients, and therefore would have noticed if EPO was in Armstrong’s system. Another interesting piece to the story, which causes further speculation, is that Dr. Nichols is a former board member of the Livestrong organization. Whether or not Armstrong and/or Livestrong paid off Dr. Nichols through the $1.5 million donation remains to be seen. The deposition schedule for the Livestrong Foundation is “August 14, but may need to be rescheduled for a later date.” (See deposition schedule here.)

It is clear that the government is still looking to discover what they can prove about Armstrong and Livestrong. If Armstrong and/or Livestrong paid off doctors to remain silent, there will be even more cases brought against them in the future. In addition, it will be harder for Armstrong to assert that the US Government should have known he was using PEDs if they can show he took deliberate actions to silence potential witnesses. 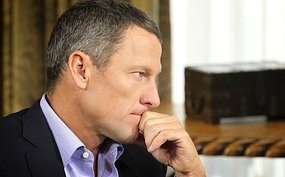 If Armstrong is unable to settle this case before it goes to trial, we are likely to learn much about the great lengths that motivated fraudsters go to in order to suppress the truth. I’m of the opinion that truth fights to be revealed. In this regard, I love this quote by Emile Zola: "If you shut up truth and bury it under the ground, it will but grow, and gather to itself such explosive power that the day it bursts through it will blow up everything in its way."

We have seen some violent explosions of truth regarding Armstrong’s fraud but I wouldn’t be surprised if a few more erupt before it’s over.
Posted by Ryan Sommerfeldt at 9:45 PM